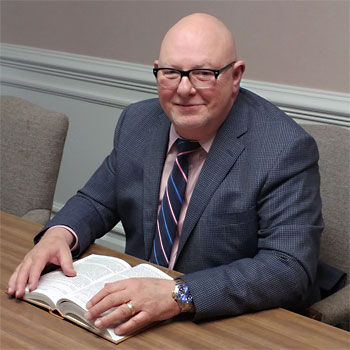 MR. W. SAMUEL COCODirector of Operations
Mr. W. Samuel Coco is the Director of Operations for Joannou & Associates. Mr. Coco served with the United States Armed Services for six years and was honorably discharged. He began working with the Norfolk Police Department and then moved to the Suffolk Police Department where he worked until he took early retirement in 1992.

While working as a police officer, Mr. Coco attended classes at Virginia Commonwealth University and was certified in accident investigation to include motorcycle, heavy trucks, and other commercial vehicles. Mr. Coco was certified in Physical Evidence Collection by the Commonwealth of Virginia Forensic Science Academy. He was appointed as an Expert investigator by the Suffolk Circuit Court.

After retiring from the Suffolk Police Department, Mr. Coco started Accident Dynamics, a business dedicated to investigating and analyzing automobile accidents. He advised attorneys and insurance companies about accidents, and he testified multiple times as an expert at trial. After several years, he was hired to work exclusively for a high-volume Personal Injury firm. He also continued his education and became a mediator and received special training finding the most available insurance coverage in every case. Prior to joining Joannou & Associates, Mr. Coco worked as a Senior Negotiator for a high-volume Personal Injury firm on the Peninsula.

In his spare time, Mr. Coco is an avid golfer and also enjoys hunting, fishing, and boating. He and his wife are the proud parents of four successful adult children.

Mr. Coco is committed to using his 22 years of Personal Injury Law experience to help the clients of Joannou & Associates get the best outcome in their case.

If you have been injured, we will make it as easy as possible for you to meet with us. Our staff is very sympathetic to your situation. We can meet at our office or we can arrange to come to your home or business.