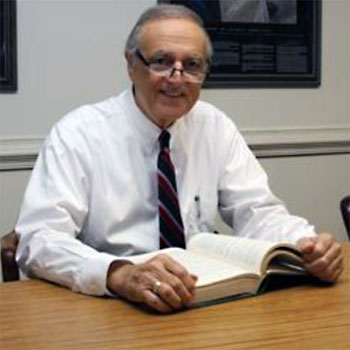 MR. JOHNNY S. JOANNOUFounder, Joannou & Associates
Mr. Johnny S. Joannou was raised in and lived in Portsmouth for most of his adult life. He attended Woodrow Wilson High School and Virginia Polytechnic Institute, and he received his law degree from the T.C. Williams School of Law at the University of Richmond. Mr. Joannou began practicing law in 1969, and incorporated Joannou & Associates, P. C. in 1992.

Mr. Joannou represented the people of the 79th District, consisting of much of Portsmouth and parts of Norfolk, in the Virginia State Legislature for thirty-five years. He was a member of the House of Delegates from 1976 to 1983 and from 1998 to 2017, and he was a member of the Virginia Senate from 1984 to 1991. Mr. Joannou was a devoted steward to the state of Virginia and particularly the citizens of the Hampton Roads area.

Mr. Joannou built his successful law practice through his dedication to excellence in the law and to getting the best possible result for his clients. He earned the regard of both judges and attorneys.

Sadly, Mr. Joannou lost his courageous battle with cancer on May 6, 2016. We will always feel his loss and cherish his memory, and we at Joannou & Associates will continue the tradition of legal excellence Mr. Joannou established.

If you have been injured, we will make it as easy as possible for you to meet with us. Our staff is very sympathetic to your situation. We can meet at our office or we can arrange to come to your home or business.